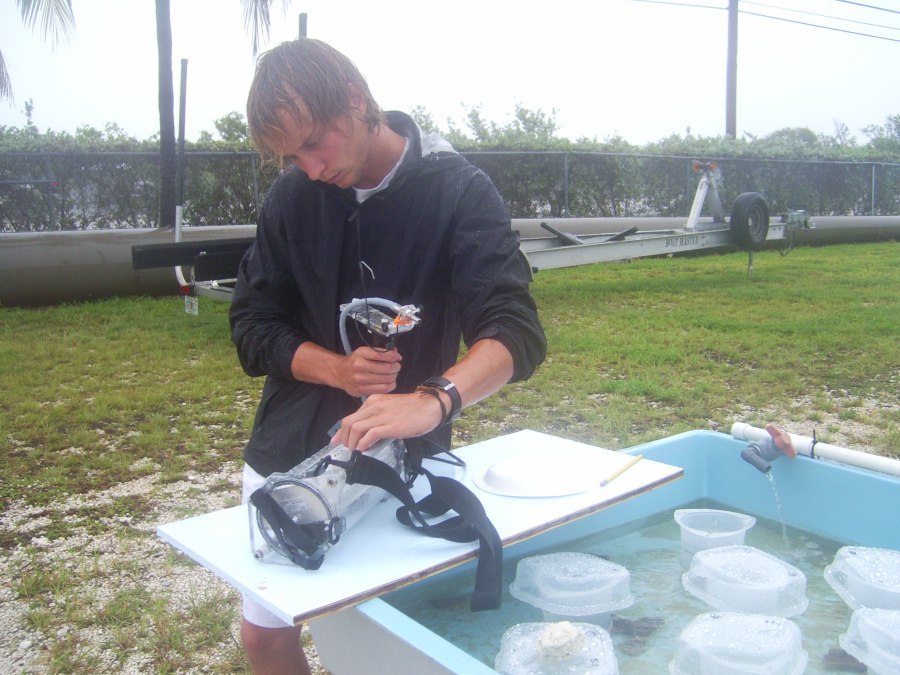 Do they have all the answers? What do they do all day? And when will they learn from all this zombie-virus outbreak stuff?

Actually, scientists are just as clueless as any other person, the main difference is that scientists are paid to try and find some clues. In short, they question.

If we knew all the answers, if we understood everything, then we would not need scientists. Questioning is exhausting, frustrating, and humbling, but, in the end, it can be incredibly rewarding. To illustrate the irksome nature of constant questioning, one should spend some time with a toddler during the so called “question phase.” The more questions these children ask, the fewer answers adults have. The same is true in science. Years of work may lead a scientist to an answer, but no matter what, the end product is more questions.

The world is complex. Countless phenomena elude description and innumerable questions remain unanswered, but this stops neither poets nor scientists. Scientists are born to question. Just like artists never listened when told not to doodle, scientists never listened when told not to ask those annoying questions. So, to be a successful scientist, you should be asking questions that really inspire you to spend the rest of your life as a wide-eyed child. For instance:

A physicist is born. He or she does their thesis on the optics of rainbows, and demonstrates that the position of the observer  can change some characteristics of a rainbow, which means no two people see the exact same rainbow. This will provoke his/her elevator speech/pick-up line “see that beautiful rainbow… its just for you.”

How does DNA replicate?

A biochemist is born. He or she works to determine how DNA is unwound from its helical conformation in order to be copied. Pick up line: “call me DNA helicase, because I wanna unzip your genes (Fig. 1).”

How does one cell become a baby?

An evo-devo biologist is born. He or she does their thesis on the gene networks that are activated at different stages in development. Elevator speech: “Did you know that humans are deuterostomes? During our development the opening that becomes the anus is formed before the opening that becomes the mouth. Which means that before you were anything more than a ball of cells, you were an asshole.”

How old is the ocean?

You probably noticed that I did not answer the questions above. If you are a scientist, a citizen scientist, a student considering the sciences, or a toddler, you are probably going to spend a few more hours on the Internet doing research to answer those questions. If you are a good scientist, you did not assume you knew the answers, and you wanted to do a literature search before doing some experiments.

If all this questioning sounds infuriating, I completely understand. Initially, I was extremely frustrated with questions leading to me more questions. Until college, I was used to adults having all the answers, at least the answer to the only question I thought mattered: “is this going to be on the exam?” I did not even know that “scientist” was a career option until college. Where I grew up, if one was interested in the sciences, mentors asked him or her what kind of doctor they wanted to be. So, I was shocked when I asked my first research advisor about a problem I was having with a protocol and he replied, “if we knew what we were doing, we would not be doing research.” I was floored. Laboratory classes in High School presented a question that had a “right” answer, and weary pre-pre-meds, like myself, were always anxious to make sure they get the “correct” results in their experiments by the end of class.

In professional science, if your question is not answered in the literature (i.e. all the publications on your topic), then you

must soldier into the unknown. Your most valuable companion is the scientific method, which starts with, you guessed it, your question. From your question, you use the literature to make a hypothesis (an educated guess). You then use that hypothesis to make predictions, design experiments to test predictions, and the results of the experiments can either support or negate your hypothesis. Notice the word support was italicized. Scientists do not prove their hypotheses because of a plethora of limitations. These limitations pertain not only to the human condition but also to the condition of the universe (impermanence, variation, sample size etc). Fortunately, the scientific method was developed by humans and in this universe, so it is well adapted. Thomas Henry Huxley (Darwin’s Bulldog), one of the pioneers of modern Biology, summarized science as “organized common sense where many a beautiful theory [is] killed by fact.” In other words, scientists are charged with continually proving themselves wrong.

Scientific theories were once hypotheses, but now have an incredible amount of experimental evidence supporting them, but the very nature of scientific inquiry prevents them from being labeled as “absolute truth.” Theories are constantly under scrutiny by the scientific community, much the way constitution is constantly reexamined, and sometimes revised, by the courts and lawmakers, respectively. The constitution is the highest law in the United States, but it is not always clear or universally applicable. In that light, one could say that scientists are attorneys of the laws of nature and the universe, assuming their motives lie solely in logical investigation and discovery.

According to Adam Savage, the Mythbuster, “the difference between screwing around and science is writing it down.” You have a question, and then you screw around. It’s screwing around with a purpose! If you screw around with topics long enough to get an answer or two, or even better, more interesting questions, someone might even give you a degree. Having a Masters or PhD means that you have contributed to human knowledge, and done so in a university setting, taking an indeterminable amount of years but being paid to learn. In the title picture I am using a fluorometer in the rain. Because I could not bring my notebook into the rain, I wrote down data on a paper plate.  I encourage everyone to screw around as much as possible, but just remember to write it down.

Also, according to wordpress, you may also like this… Enjoy!

View all posts by brianstrehlow

One thought on “What is a scientist?”