Chichen Itza (Mexico) as of a few years ago, is considered one of the New 7 Wonders of the World. And boy, is it now one of the wonders of my world. As I walking around I felt as if this location held some degree of inhumane perfection that could not be achieved in my generation (the *insert country here* idol generation). Maybe I am being too harsh on my fellow younglings, but the precision and skill used to create these monuments is astounding.

On my short trip, we were whisked around the site by a local Mexican teacher who ran archeology tours on the weekends. I don’t know if he knew more about the site than other guides because he studied archeology, or because he had been giving these tours for years (most likely both), but I do know that for nearly two hours he presented us with facts, numbers, dates, history and myth debunking stories. It was incredible the amount of knowledge I gained about the Mayan culture in such a short period of time and I am still kicking myself to the fact that I did not bring a notebook to write it all down. The little I did remember I am going to give to you, with hopes of inciting  curiosity into the wonder that is Chichen Itza.

– You may have guessed by the name of this piece, but the pyramid is in fact a gigantic celestial calendar. Using the sun and the shadow created on its steps, you can tell the month of the year, the week of that month and even the day of that week. There are 365 steps on the pyramid, spread across 4 sides, each that represent a season.

– This is the only place in the world to which you can see the planet Venus all year, including the 5-8 days during its ‘Inferior Conjunction‘

– For two days each year there is a physical manifestation of a Mayan god, Kulkulán (a serpent) on the pyramid, which of course thousands of people congregate to see, even today. During each equinox, as a result of the sunset, a undulating shadow appears to descend down the steps of the pyramid and then climb back up the pyramid minutes later. This to the Mayan people may have represented Kulkulán visiting Earth through this pyramid before returning to the Sun.

-Simply clapping your hands on different sides of the pyramids will create a really goose-bump raising alpha wave and if you beat 3 different drums at differnt frequencies, it causes listeners to enter into consciencious REM without sleeping. Not only this, but clapping at various sites within the compound will make sounds that have a connection to that specific location!

– The pyramid contains exactly 1870990 stones. There are two Mayan calendars (Lunar and Venus), which both reach a zero point every 5126 years. This point occurs when all the planets in our solar system line up, not only with the sun. But, guess how many days there are in between the times our solar system lines up with the center of our galaxy…. 1870990.

– There were a lot more really cool factoids, but for that you will have to check it out online! 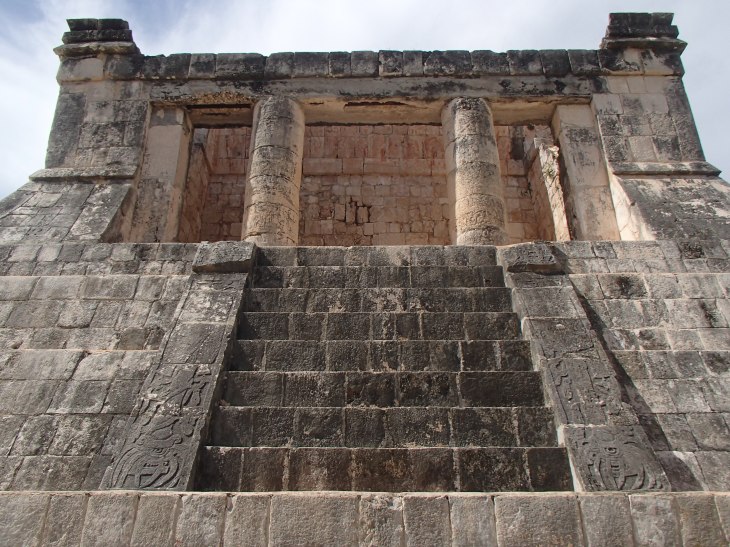 View all posts by Mark